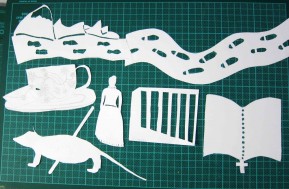 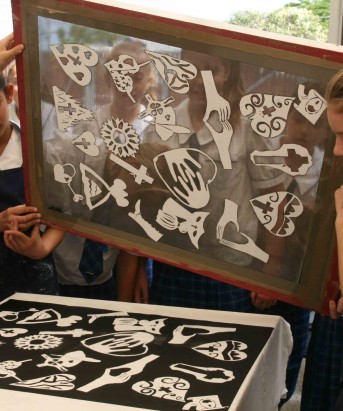 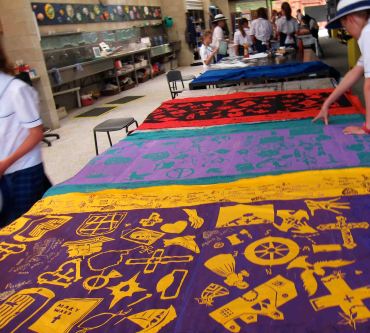 I visited Loreto College to facilitate a project about the journeys of the companions of Mary Ward. Mary Ward wanted to practice her religion in the community as her Jesuit brothers did, in the days when women who took the religious path were cloistered: locked up into religious orders, never to return to the world. Highly educated, she and her friends travelled across Europe by foot to speak in person with the Pope. Along the way they established schools in towns across Europe.  For her efforts her writings and teachings were banned and she was imprisoned by her own religion. The friends communicated secretly by writing with lemon juice, travelled incognito, and were also imprisoned.

When her teachings and writings were destroyed and banned by the Catholic Church, her friends commissioned a set of paintings of her life’s journey: Mary Ward: The Painted Life.

At a time when women had no rights, she stated ”  Women in time will come to do much”

Each home group made a cloth that interpreted the journeys and qualities of the companions of Mary Ward.